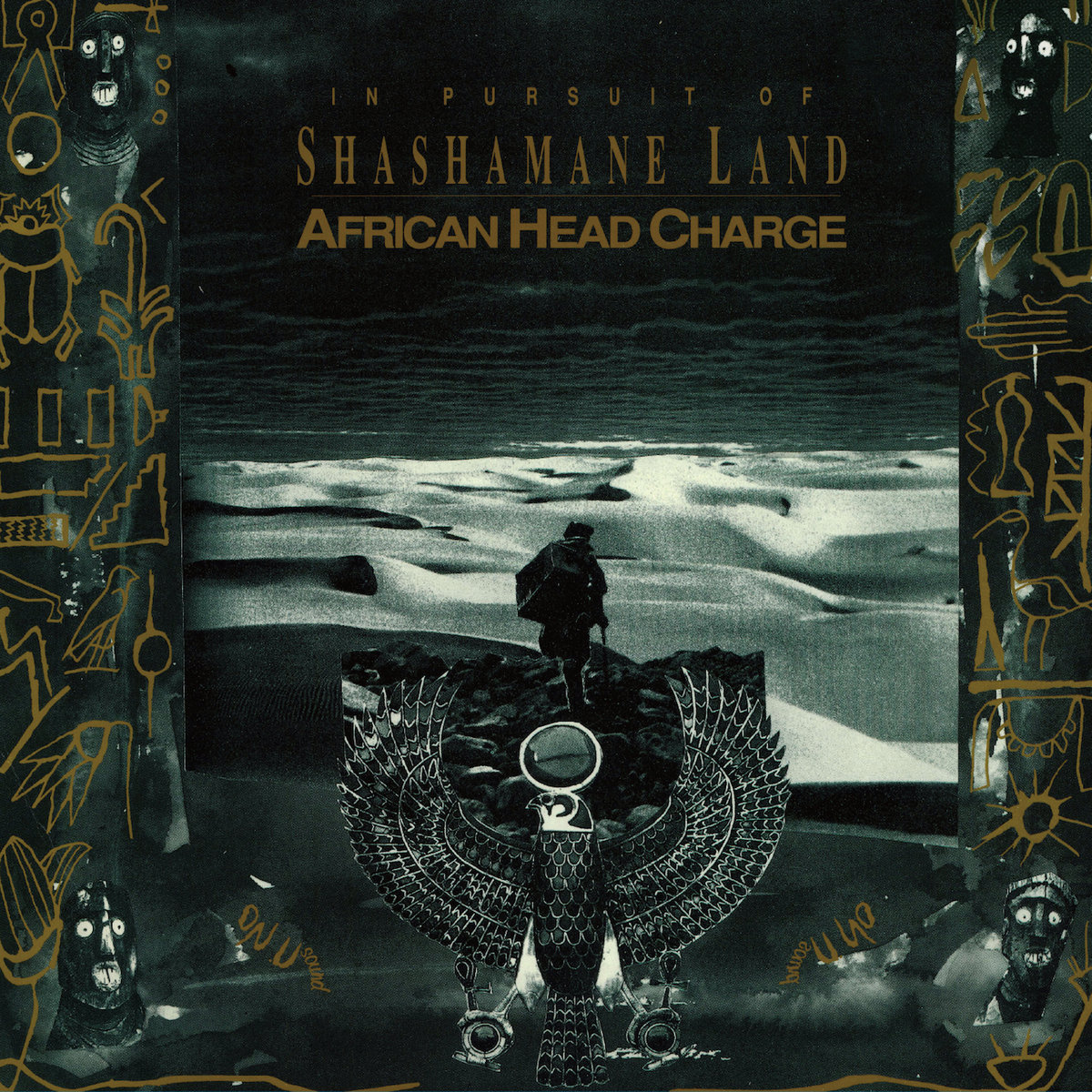 Originally issued in 1993 and the last African Head Charge album on On-U Sound for 12 years, released at the height of the band’s popularity as a staple of live music festivals. Continuing the skillful fusion of styles they had explored on Songs Of Praise, this album added elements of trance and electronica to their trademark percussion-heavy sound. This expanded reissue adds 8 bonus tracks to the original vinyl edition, including 2 that have never been released before. Includes a download card for the full audio plus a double-sided poster insert with excerpts from a new interview with band leader Bonjo Iyabinghi Noah.