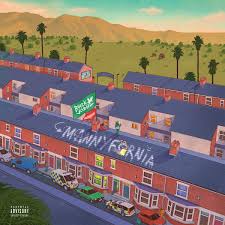 This is the soundtrack for the underbelly of the ‘normal’ everyone hunkers for and the exposure of a feral culture north of London, left of centre. Coupling the precocious talents of Ruud a.k.a. Metrodome and Black Josh a.k.a YungSweglawd, the production of this album isone of finesse, artistry and cultural relevance. Ruud’s record collection is a lavish cornucopia of the sounds and beats from the ‘70s to the ‘90’s that drove real music. And Josh’s helium lyrics and rhetorical dexterity meld the layers of sound and samples into one lethal weapon. If ever there was an album created for Lockdown of Generation With A Pulse, this is it. It’s the M-funk incorporating multi- layered and melodic synthesisers, drugged out hypnotic and hallucinatory grooves, a subterraneal bass and RnB infused vocals. The extensive sampling of G-Funk, P-Funk, metal rock and 90s east coast jazz funk hip hop pulls out another level of intertextuality andmolds new meaning out of tired cliché. The album is a bumper pack of 15 stellar productions ‘Self-destruct’ is reminiscent of 1993’sBay sounds: Souls of Mischief and Hieroglyphics.