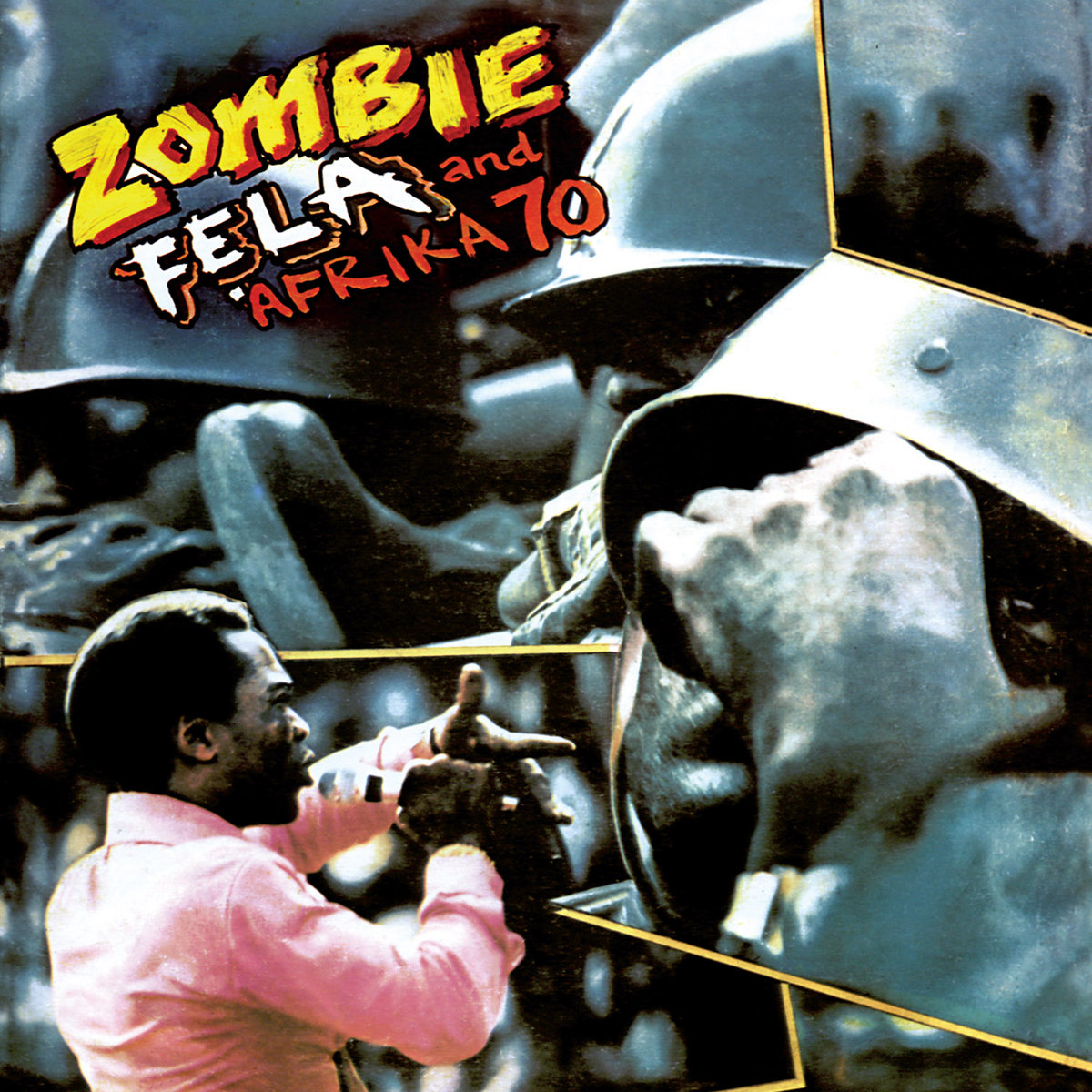 On the title track Fela and the backup singers ridicule the mindset of men in uniform over an urgent, quick-march accompaniment from Afrika 70. The album was a scathing attack on Nigerian soldiers using the zombie metaphor to describe the methods of the Nigerian military. Zombie was a smash hit with the people and infuriated the government, setting off a vicious attack against the Kalakuta Republic (a commune that Fela had established in Nigeria). Fela was badly beaten, sustaining a fractured skull and several broken bones. His mother, then aged 77, was thrown out of a window, fracturing a leg and suffering deep trauma. The army then set fire to the compound. The blaze gutted the premises, destroying six Afrika 70 vehicles, all Fela’s master tapes and band equipment and a four-track recording studio.