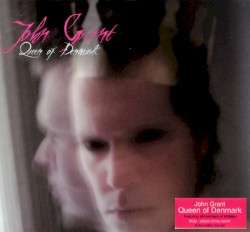 John Grant used to front the Czars, whose failure to translate acclaim into sales no doubt further fuelled his supersized self-loathing. However, after descending into a personal hell of booze, drugs and giving up music for waiting tables, the Coloradan has emerged with a colossus. Backed by superfans Midlake, these are songs of impossible love, near-suicide and redemption, with an air of vastness and contemplation recalling Dennis Wilson’s masterpiece, Pacific Ocean Blue. With pianos and flutes, songs such as I Wanna Go to Marz and Where Dreams Go to Die combine a surreal, David Lynch, sideways look at capitalist America with choruses most artists could only dream about. The jauntier Silver Platter Club and JC Hates Faggots brutally poke fun at rich jocks and Grant’s time as a gay child in a religious household respectively. But the emotionally wringing ballads – the witheringly honest Queen of Denmark and Jeff Buckleyesque Caramel – most suggest a man whose time has come.

This is an exclusive and limited ‘Love Record Stores 2020’ release