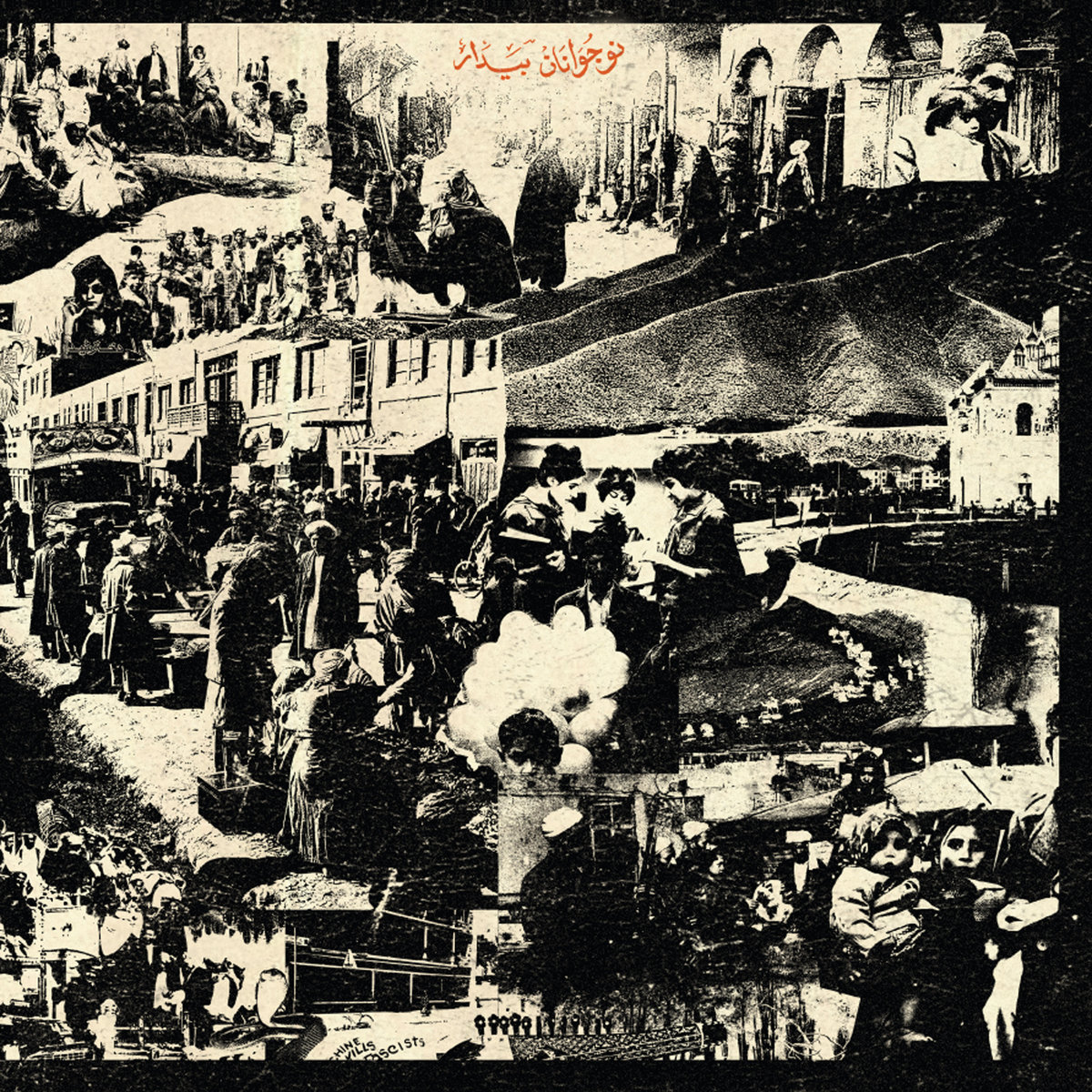 Naujawanan Baidar (Farsi for Enlightened Youth) is the project of artist and musician N.R. Safi (The Myrrors) With roots in the now-endangered sounds of 1960s-80s Afghan cassette culture, Naujawanan Baidar filters the traditional music of Safi’s paternal heritage through a labyrinth of buzzing drones, tape manipulation, and fuzz-drenched percussion, warping both traditional and popular forms into a tangled mass of tape-saturated noise inspired by the very medium that once carried them. Traditional folk instruments (both acoustic and home-amplified) like the rubab, armonia, sorna, and tabla, twist and melt into blown-out electrical storms, proving that one does not necessarily need guitars or any other standard western instrumentation to channel the trance-like energy of rock and roll. Although the end results may sound far removed from the original artists that helped inspired them (legendary performers like Ahmad Zahir, Beltoon and Hamidullah, or Salma Jahani) there is something to be said for this “new” or “imagined” form of contemporary Afghan experimental music. Had the dusty backstreets of pre-war Kabul birthed an experimental music scene paralleling German’s krautrock movement, one can imagine that the results might have sounded a little something like this. These tracks were cut over the course of 2017 to 2019 as a sort of sonic notebook, documenting the evolution of the project as it first took shape. Though the majority were originally conceived of as nothing more than demos or impressionistic sketches, the spontaneous and ramshackle approach of the tapes was eventually deemed more than befitting the spirit of the project . Naujawanan Baidar both reaffirms its ties to a relatively hidden (to outside eyes at least) cultural history while at the same time pushing outwards into new and unexplored territories. Originally released via Radio Khiyaban on cassette (the packaging and artwork on both cassette releases was a direct homage to 1970s Afghan tape design)