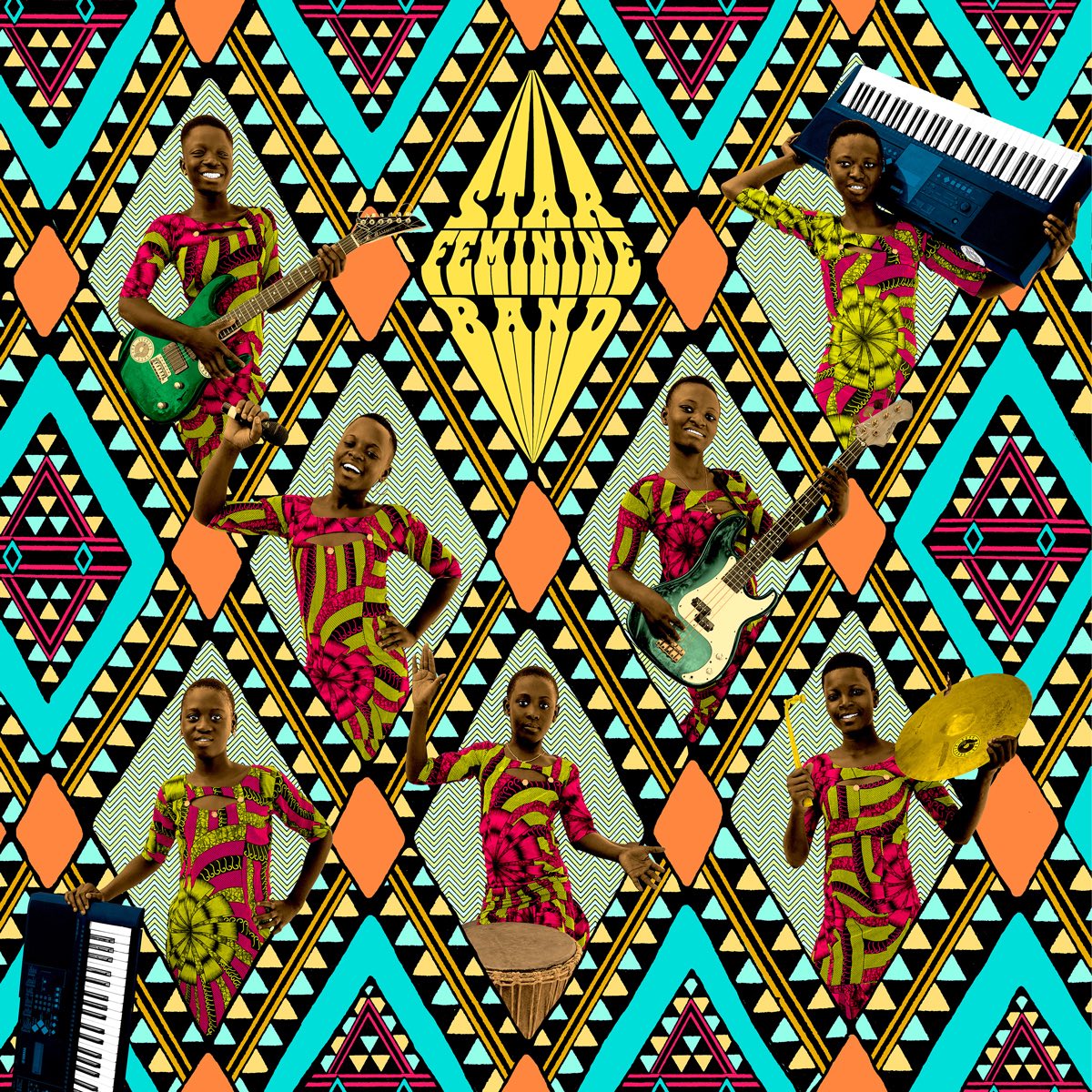 Without warning, a group of young girls from a remote region of Benin is shaking up the world of garage rock with breathtaking freshness, ingenuity and energy and playing.

Star Feminine Band are a group of 7 girls, aged between 10 and 17 years old, from Natitingou, a remote town in the north of Benin. In 2016 they responded to a local radio call out to take part in a series of music training sessions. Previous experience was not necessary. Indeed, none of the girls had come close to a guitar, microphone or drumkit before. In just two years, with tutoring by local musician André Balaguemon, the girls rapidly honed their craft, bonded like sisters (2 of them are) and were rehearsing regularly in their studio space presented to them by the local mayor of Natitingou.

And so, completely unplanned, came an idea to record these impressive musical moments and with the help of a Frenchman Jeremy Verdier, working locally at the time. The songs, such as Femme Africaine, are an incredible combination of African musical styles – from highlife and Congolese rumba – with a dash of psychedelia and rock, all with a dynamism and freedom that could only be created by the youthful and all-girl group.

Their songs are mainly about the conditions of African women, including forced marriage, female circumcision, and their dream of freedom They speak about the need and duty to educate girls and allow them to become independent woman.