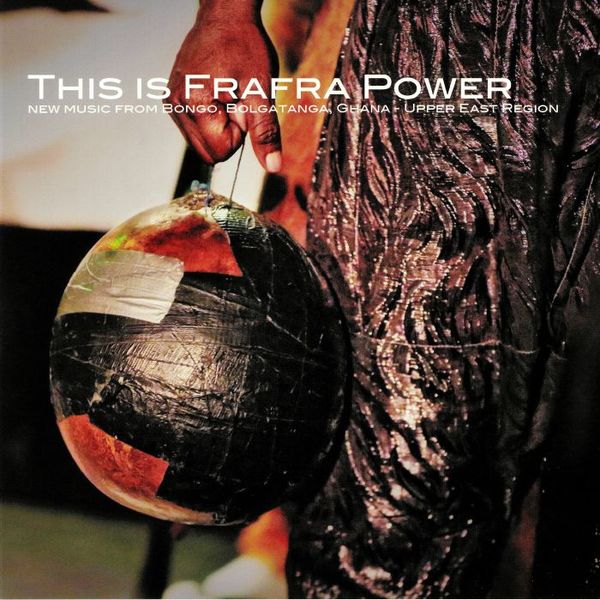 A new compilation with music from the Upper East of Ghana where Frafra is the regional language. All artists are from in and around Bongo, the town where Ghanaian star King Ayisoba was born and raised. This is a collection of styles, all recorded in Francis Ayamga’s Top Link studio. Ayamga is also drummer in King Ayisoba’s band and creates beats and bass for the new Bongo stars.

“Bongo is a small town and is the capital of Bongo District, a district in the Upper East Region of Ghana. It’s a twenty minute drive to the border of Burkina Faso; “we share water” one of King Ayisoba’s band members once said. King Ayisoba, one of Ghana’s most famous musicians, was born and raised in Soe, a small village just outside Bongo; a fifteen minute drive on a sand road. Each time I visit the Bongo District, I have to visit King Ayisoba’s family too and pay my respects. Ayisoba’s father and mother are old but vital, they still work the land. I heard that during the harvest time everyone is a farmer. Young people come back home from the big cities like Accra and Kumasi to help with the harvesting and most of them have herded cows and goats when they were young.

Sitting on the back of Francis Ayamga’s motorbike we make many stops. Francis plays the traditiona drum in King Ayisoba’s band and he runs a studio in Bongo. He knows most of the people in Bongo, and there is always something new going on. Of course he has to explain why he has a white man on the back of his bike. The people in Bongo are proud of all the musicians and especially of King Ayisoba and his band who play the whole world and bring the Frafra tradition to all the continents. Actually he is teaching the world some Frafra along the way since King Ayisoba is well known for his powerful shouts and interaction with the audience.

During one of the King Ayisoba tours Francis gave me a pendrive full of music he recorded in his studio. I listened through all and heard a lot of great music. I made a selection, sat down with Francis and King Ayisoba and then came the idea to make a compilation that represents the music from the Upper East, focused on Bongo, all in Frafra and full of variation: rap, gospel, kologo and traditional chanting, it’s all there. I spent a week at Francis’ Top Link studio and met many great musicians. One of them was Zenabu, a traditional singer who brought her whole women group. They did not fit in the studio so we recorded them outside and it sounds beautiful.”